Aphanizomenon flos-aquae, commonly referred to as AFA, is found in nutrient-rich freshwater lakes around the world. One such lake is Upper Klamath Lake in southern Oregon. Upper Klamath Lake supports a vast, dominant colony of a specific variety of this species of algae that contains an abundance of important nutrients including antioxidants, phytopigments, amino acids, essential fatty acids, carbohydrates, vitamins (especially A&K), and trace minerals.

Cyanobacteria-likely the founder of all eukaryotic life on earth- are essential to all life on earth by providing oxygen, sequestering carbon, and providing essential food resources at all levels of the food chain.Dubbed "Earth’s first food," Aphanizomenon flos-aquae (commonly abbreviated AFA) is a species of cyanobacteria (blue-green microalgae), which are among the most ancient of all living organisms. For at least 3.5 billion years cyanobacteria have provided oxygen to the atmosphere and nutrients to the myriad varieties of life forms that inhabit Earth’s freshwater sources.

Cultivated as a reliable food resource for centuries by native cultures worldwide, algae is recognized as a legitimate nutritional powerhouse. With science increasingly documenting the many nutritional benefits of both freshwater and sea algae, the body of research continues to grow and the list of benefits is continually expanding. Of the many species of edible microalgae, Aphanizomenon flos-aquae is considered by experts to have superior characteristics and is one of Earth’s most basic yet most potent sustainable foods. Aphanizomenon flos-aquae is the only wild harvested blue green algae on the market today. Part of its unique nutritional profile is a direct result of the unique environment it is harvested from on upper Klamath Lake in a volcanic-ash sediment basin rich in micronutrients and pristine spring-fed water. Today, blue-green algae from Klamath Lake is known as a “superfood” that: 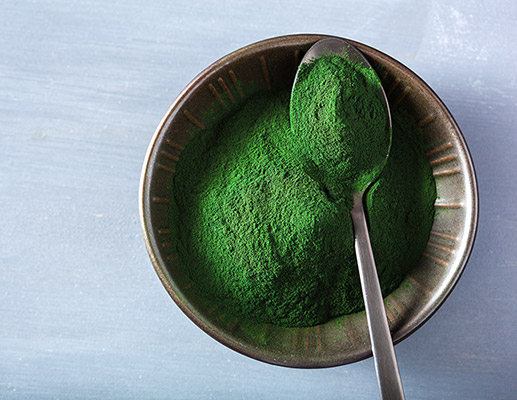 The nutritional profile of wild, organic blue-green microalgae is impressive. Not only does AFA contain all 20 amino acids, thus providing a complete source of protein, but it also contains essential fatty acids, as well as 13 necessary vitamins, 23 elements and trace elements, the mental energy activator phenylethylamine (PEA), and the vitally important antioxidant pigments phycocyanin and chlorophyll. In addition, AFA contains an ideal balance of proteins, carbohydrates, fats, complex sugars, and fiber. Few substances on Earth can boast such a complete, well-rounded and wholesome nutritional composition.

Years of extensive study finely document the many health benefits of AFA, and particularly of the strain produced abundantly in the ideal environment of Upper Klamath Lake in scenic Southern Oregon. It is this unique combination of a wide variety of essential nutrients in one source that makes organic Aphanizomenon flos-aquae such a logical choice for dietary supplementation. Ongoing research reveals an increased interest in the benefit of making microalgae-based food supplements a significant part of a balanced daily diet for health-conscious consumers.

The first organism to produce oxygen on Earth was a cyanobacterium known today as Aphanizomenon flos-aquae (commonly abbreviated AFA), or blue-green microalgae. This astonishing nutrient-rich organism is able, in the right environment, to use the sun’s energy to digest water and carbon dioxide and then release free oxygen into the air, thus performing the miracle of photosynthesis. Although found worldwide, the most commercially viable AFA source is Upper Klamath Lake in southern Oregon. In fact, Upper Klamath Lake is one of only a few ecosystems on Earth that are able to support the recurrent growth of AFA in mass quantities.

Nestled in the snow-capped Cascade Mountains, fed by a network of pristine mountain streams and springs, and anchored in deep volcanic soil, Upper Klamath Lake is one of nature’s greatest depositories of the edible microalgae called AFA. An exceptionally productive body of water and the largest natural lake in Oregon, Upper Klamath Lake is marked by an abundance of plant life, making it one of nature’s most prolific nutritional resources. It is this unique and healthy environment that allows Aphanizomenon flos-aquae to flourish in the wild.

Upper Klamath Lake is nearly thirty miles long and up to eight miles wide, with an average depth of about eight feet and isolated spots dipping to nearly fifty feet. Covering approximately 125 square miles, the lake is constantly replenished by pure creeks, natural springs, and two major snow-fed rivers, the Wood and the Williamson. The ecosystem of southern Oregon includes Crater Lake, the caldera (basin) of the former Mt. Mazama, which exploded about 7,000 years ago in one of the most violent volcanic eruptions in the North America, spewing volcanic ash to a depth of over 100 feet in the immediate Klamath basin and creating a deep base of volcanic soil that supplies an abundance of minerals and other nutrients to nourish the AFA that proliferates in Upper Klamath Lake.

The mineral-rich water from Crater Lake has also been found to be the source of hundreds of underground springs that feed directly into Klamath Lake and the Klamath basin making it some of the most nutrient dense freshwater in the world. The Upper Klamath National Wildlife Refuge, home to many protected avian species and other wildlife, sits along the northern edge of the lake. Surrounded on all sides by mountainous terrain and with the picturesque town of Klamath Falls downstream, the lake is naturally isolated. Seventy percent of the total watershed of the area that includes Upper Klamath Lake is under federal guardianship, thereby affording another layer of protection.

In an age of rapidly acidifying lakes and streams, this secluded environment not only shelters the lake but it also promotes a consistent richly alkaline pH level. Since the last retreat of West Coast glaciers 10,000 years ago, the lake has served as a reservoir for volcanic silt and organic matter washed in from some 3,800 square miles of land surface, much of it mountainous. In this environment of deep volcanic soil, abundant minerals, natural nutrients, fresh water, and 300 days of sunshine a year, AFA has flourished to its fullest potential for centuries. In fact, each year the lake’s 594,000 acre-feet of water (650 billion gallons) produces in excess of 200 million pounds of its exceptional strain of AFA. Much of the algae produced by Upper Klamath Lake each year remains within the lake system, which means that over the millennia a thick blanket—in some spots 35 feet in depth—of nutrient-rich sediment has built up on the lake’s floor, further perpetuating the propagation of earth’s first super food.

To tap Upper Klamath Lake’s remarkable, virtually limitless resource of nutrient-packed microalgae, specialized equipment has been developed to harvest, transport, dry, process, and package AFA for commercial sale (in the form of natural whole-food dietary supplements and powders) by manufacturers who remain respectful of the uniquely balanced ecology that provides the ideal home for one of nature's many nutritional wonders, Aphanizomenon flos-aquae. 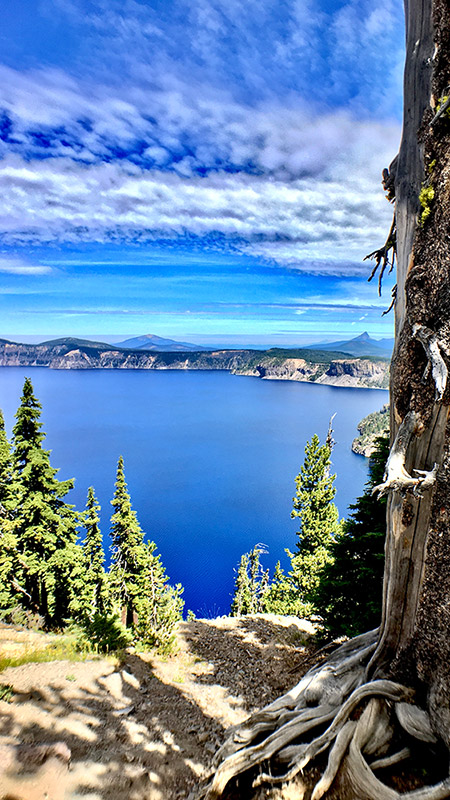 Aphanizomenon flos-aquae (AFA) is one of most ancient super foods on earth and has been consumed as a dietary supplement for decades. Throughout the years AFA has been thoroughly researched to better understand and document the profound benefits on physical and mental health. There are thousands of personal testimonies of the benefits experienced when consuming AFA and there are also multiple scientific research articles to further confirm these positive results.

AFA studies have been conducted using various forms of the algae, including capsules and extracts and have had participants ranging from animals to children to adults. The variety included in the study design, format and participants helps to cover a larger spectrum and reveals the full range of AFA’s benefits. The benefits documented in this research range from improved immunity, to stem cell proliferation, to antioxidant properties and much more. Research shows (and personal testimonies confirm) that Aphanizomenon flos-aquae is a highly effective superfood that supplies a rich source of micronutrients, chlorophyll, vitamins, essential fatty acids and proteins providing important components of a healthy diet.

Scientific Articles
*These statements have not been evaluated by the Food and Drug Administration. These products are not intended to diagnose, treat, cure, or prevent any disease.